The Greatest Opportunity of Our Lifetime? 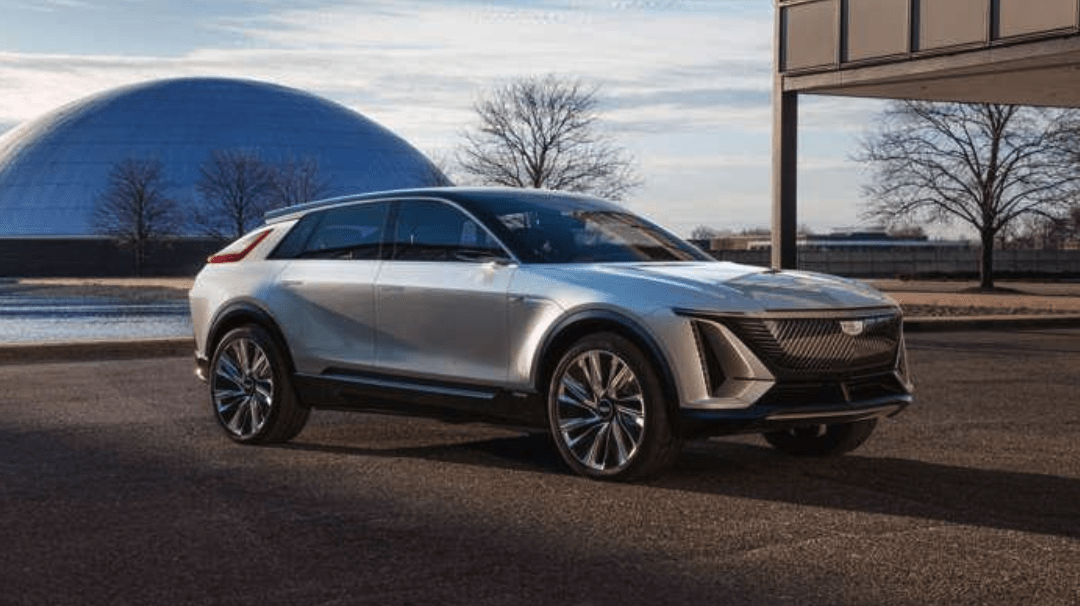 © Provided by TechRadar Cadillac Lyriq in a parking lot

Welcome to GridMaster Solar One’s first official article! Our goal is to create a culture franchisees want to join and be a part of. GridMaster Solar One’s Founder & CEO Michael Henry has a very big vision. In a $473 trillion—yes trillion—market, there will be room for a lot of players. It’s time to give serious thought to your future in the solar industry. We want to enlighten you. For some, we may frighten you. The future is not nearly as murky as one might think. We will make it our business to expose the opportunities in solar which lie ahead.

The majority of the public believes solar is a relatively new industry. In reality, it’s not. Some aspects of solar power were discovered as early as 1839 with the development of “the photovoltaic effect”, a process to create usable energy from light. By the 19th century’s end, American inventors patented what would later be recognized as the origins of modern photovoltaic or “PV” cells. In 1954, Bell Laboratories invented the first functioning silicon solar cell. Though costly and inefficient, this breakthrough dawned the beginning of a new era.

In 1973 marked the first year our nation saw its first solar powered building, named Solar One. In 1984, a network of solar plants sprang up in California’s Mojave Desert. To this day, the facility is the second largest site producing enormous amounts of useable power. Yet the technology’s potential had yet to be reached. Fast forward to 2003 when the Bush administration upgraded the White House with a PV system. Due to the highest population of automobile owners in the world, California became the most outspoken advocate for the use of clean energy.

Under the Obama administration in 2009, solar power received a stimulus package for over $25 billion to subsidize alternative energy initiatives. Collective technological advancements and national efficiency standards forced the cost of solar technology into consumer purchasing range, starting a solar movement. Solar power today has finally become an accepted and affordable means of generating power for a variety of uses, from homes to outdoor concerts.

Following a recent “Get Off The Grid” festival in Chattanooga, TN, producer Harmony Brooke spoke candidly about the impact of teaching people about solar. “The music was great. It’s cool we powered three different music stages with solar power. It’s fascinating to run solar, but it’s the information that was really the main point. People loved that. Build a newsletter around feeding information to them. Help them understand the value of what you’re doing. Show them how it works. Show them short-term, then show them long-term. It’s not something people know a lot about because solar is still so new. It’s intimidating.”

Technology for personal use is intimidating. Yet we use it every day anyway. My 95-year-old father uses a smart phone. What matters is, the human spirit cannot be stopped by concepts we don’t initially understand. Collectively, we have found ways to overcome a variety of obstacles in both our personal and professional lives. The green energy movement is no different. In fact, we may be looking at the single greatest business opportunity in our lifetime.

“The era-defining shift from fossil fuels to clean energy will deliver an unprecedented new boom for commodities—and an opportunity for investors—as a range of relatively obscure materials become essential to delivering emissions-free-power, transport and heavy industry. The transition could require as much as $473 trillion in energy supply and infrastructure investment over the next three decades,” according to research provided by SEIA (Solar Energy International Association).

Infrastructure means solar panels, windmills, electric vehicles (EV), EV chargers. The movement has begun. “Despite the continued global chip shortage and lingering concerns and uncertainty about the Coronavirus pandemic, the first half of 2021 saw record sales of electric vehicles, according to the just released EVAdoption report, US Electric Vehicle Sales Report: 1H 2021. From January 1 to June 30, 2021 an estimated 291,933 BEVs and PHEVs (plug-in electric vehicles) were purchased, roughly 30,000 below the 320,000 average for the full years of 2018-2020.”

Brian C. Black, Distinguished Professor of History and Environmental Studies at Penn State, and contributing writer for the university’s publication The Conversation says, “In recent months, global auto manufacturers have released plans to electrify their vehicle fleets by 2030 or 2035.”

We have already seen a variety of smaller vehicles converted to electric vehicles from the U.S., Japan and Europe for several years. Now we’re seeing larger vehicles and entire fleets turning toward green power trains.  President Joe Biden test drove Ford’s electric F-150 Lightning pickup in Dearborn, MI back in May 2021. Rolls-Royce committed recently to stop selling gas driven cars in nine years. Honda has committed to going all electric by 2030. The race is on.

One example you may have already read about is Cadillac’s new EV, called Lyriq. Demand for this very stylish electric SUV was so strong, a $100 bill as a down payment secured a spot in line. The car’s first allotment of reservations sold out in just 19 minutes.

Hundreds, if not thousands, committed sight unseen, despite the vehicle not being available for over a year.

Why is this important? When was the last time someone offered you an opportunity to start a business, offering with continuous, predictable escalating demand, mandated by governments around the world, within 10 years? The what, when, where, why and how are all laid out for anyone to see. So you have to ask yourself a question…

There are three kinds of people:

Which one are you?

GridMaster Solar One sees an unmistakable opportunity. Founder & CEO Michael Henry becomes animated when discussing just how big this opportunity is, specifically for people of color. “The green energy market will be a $473 trillion market. Everyone will eventually run their homes and cars on solar energy. This is so big, just a small part of this market would fulfill my dream, and my dream is big enough to fulfill your dream too. There are 25 million homes owned by people of color. I want all of them. That’s why I’m selling franchises. We can all do business together and reach our dreams.”

You do not have to have any experience in the solar industry. It’s okay to be intimidated by what you do not know. However, while business knowledge is essential, anyone can learn to run a business with training and preparation. The franchise business model is the best way to ensure success. Henry says, “I will not fail and I refuse to let my franchisees fail. We have the entire system designed to succeed. I will show you how to operate like a McDonald’s franchise at a fraction of the cost.”

This business opportunity is staring us in the face. Rarely does a global trend present such an enormous opportunity for success, hiding in plain sight. Still have doubts?

Ok, what about you personally? A fact sheet published by WH.gov, the White House’s own media office, distributed details on April 22, 2021, called President Biden Sets 2030 Greenhouse Gas Pollution Reduction Target Aimed at Creating Good-Paying Union Jobs and Securing U.S. Leadership on Clean Energy Technologies. “The United States has set a goal to reach 100 percent carbon pollution-free electricity by 2035.” This is happening with or without you. EVs are a reality. Manufacturers won’t be making gas driven vehicles much past 2030. We will all be driving an electric car within 10-15 years. Either you pay someone else for electric power, or you can pay yourself. This is the new economy, and you are invited to participate.

Your home uses electricity. Demand most certainly will drive prices up unless we see more independent production of electricity locally. Why wait for your utility company to send you a price increase due to excessive demand? If you own a home, do you realize that by installing an efficient solar system, you would not only see savings in your utility costs, but in most cases, you can sell your excess energy back to your utility company?

Say thanks to a policy called net metering. EnergySage provides insight into incentives by state. Let’s take Georgia for example. “Under this policy, participating utilities will measure the amount of excess solar electricity you put on the grid and pay you a rate determined by Georgia’s Public Service Commission.

The Georgia net metering rate is set at the utilities’ avoided cost, which refers to the rate that the utility would otherwise pay to power generators. They would have had to pay to a large electric power plant if they had not bought it from you and your panels. In 2016, for example, the utilities would pay you between $40 and $60 for each megawatt hour (MWh) you generate; if you install a 5-kilowatt (kW) system that generates 5 MWh per year, you could sell the electricity for $200 to $300. Georgia Power offers the top utility net metering program in Georgia.”

This is just one incentive for homeowners. The current solar Investment Tax Credit (ITC) pays back a percent of the cost of a solar system in the form of a deduction on Federal income tax. The solar ITC has had quite a history. It began at 30 percent by the Energy Policy Act of 2005. At the end of 2016, the plan was to revert the ITC down to 10 percent. Public and government support extended the 30 percent level through 2019. In 2020, Biden endorsed the 26 percent deduction.

A prospective homeowner considering solar should know one essential caveat to claiming the incentive. The ITC only goes to the homeowners who purchase a system via cash or a loan. Leased systems do not offer the benefit to the homeowner, but rather, to the third-party holding the contract on the lease.

What a prospective franchisee should understand is, Michael Henry will keep his franchisees informed on the changes the solar industry is taking. Biden announced that by 2023, that 26 percent deduction is scheduled to be reduced to 22 percent, which lowers again in 2024 to 10 percent. Will it be extended again? We don’t know. But what we do know is, waiting for additional proof the solar market will take off could cost you hundreds of thousands—even millions—of dollars over time.

You do not want to procrastinate and be left behind. If you have not already decided this is for you, franchise costs, competition, and industry changes likely erase any early market advantages you hope to recapture entering even six months from now. You will only have yourself to blame. So, this is your time.

Success loves speed. Successful people make informed decisions quickly. This may well be the one chance you have to create a legacy for you and your family. We will do as much of the work for you as we can. You will still have activities to perform to achieve success. However, we can ensure your success by:

Take full advantage of President Biden’s initiatives while they last. Seize the opportunity of a lifetime. Invest in one franchise and plan to expand. Do not wait. Take action. Become a franchisee. Start living your best life now, before it’s too late.